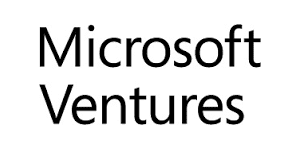 Proceeds from the round will be used by the Mumbai-based company to further build its technology platform, scale its team and operations, the company said in a prepared statement.

“While the platform is gearing up for a rebranded launch in the live commerce category before the end of the third quarter. The current round will be used to grow our market traction,” Vinayak Shrivastav, Chief Executive of Toch, said.

The three-year-old startup is an artificial intelligence-based video platform which claims to auto-detect objects, persons, emotions, locations, scenes and activities in real-time, inside any video content, thereby enabling monetisation.

Toch’s technology detects touchpoints, extracts meta-data to enrich content data points, and automates the meta-tagging process, the company-issued statement said. Meta-tagging has been defined as a coding statement in the hypertext markup language that describes the contents of a Web page.

“Toch’s technology is already powering leading media companies in the digital media revolution that the country is currently witnessing, and the technology can be further leveraged across other sectors for a significant consumer play,” Mihir Modi, former finance head at Zee Entertainment, said.

Founded in 2016 by Shrivastav, Alok Patil and Saket Dandotia, the startup assists businesses to engage with their users, in the process, bidding to bridge the gap between content and commerce, through ad sales, product sales, brands and advertisers.